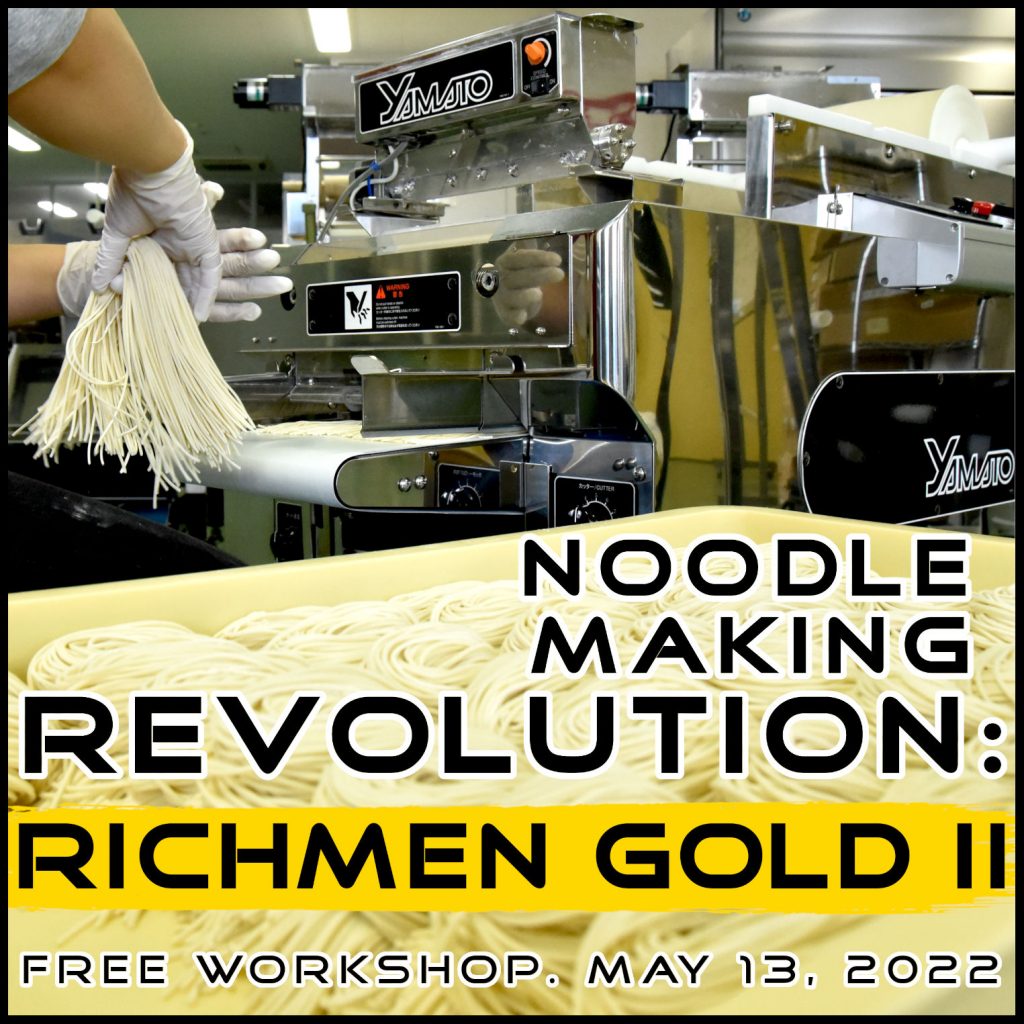 Compared to the whole length of human history, 100 years is almost a negligible span which during the ancient ages could hardly be enough to produce any significant changes in the technological environment of people living in those times.

But if we look at the scale and speed of technological progress happened even within the last century – there is simply no other word to describe them other than astonishing: from energy production to means and modes of transportation, from development of new materials and ways to use and process them to revolution in computing and communication.

But technological innovations and revolutions have resulted not only in nuclear energy, space travel and a ubiquitous access to large volumes of information (useful and otherwise alike), but also in ways and instruments to process and produce food – like, for example, noodles.

Thus, various special machines for production of noodles have been designed, and with time further developed.

Similarly to other types of equipment, that development happened along the trajectory of increasing their usability, ergonomics, productivity and durability.

Noodle making itself is a tricky business that needs taking into account various factors related to characteristics and properties of ingredients used there (such as amount of water relative to flour, flour’s protein content, etc.) which act differently under different conditions and depending on the processing methods.

Yamato has been working in the field of designing and manufacturing equipment for production of different varieties of noodles for more than 4 decades, during which it more or less single-handedly created and then revolutionized the industry itself.

In 2020 we introduced the “Richmen Gold” – a further iteration in the “Richmen” series of rolling-type noodle machines, where a redesigned structure and an array of built in conveyors allowed to achieve far greater operational speed, productivity and ease of use.

However, no matter how different the Richmen Gold was from its predecessors there was one common thing between them – a physical handle which you need to rotate to adjust the gap between Rollers.

But since Yamato is constantly engaged in developing new technical solutions to allow our customers make noodles of even better quality, and do it not only faster but with as little effort as possible, it was only a matter of time until this legacy feature became obsolete.

NOW THIS TIME HAS ARRIVED.

“Richmen Gold II” is the first rolling type noodle making machine with an electronic control of the Rollers gap, also featuring a function of automatic calculation of the most appropriate distance between the Rollers for each of noodle production stages.

The Richmen Gold II does not have a built-in mixer because due to its high productivity and high-speed of production making full use of its potential would require a large capacity mixer (offered as a separate unit).

On May 13, 2022 join our online workshop to learn about all features of this TRULY REVOLUTIONARY piece of noodle making equipment.

The workshop’s live broadcast will be accessible by the link sent to your email address after signing up.

(NOTE: we are looking forward for, and would definitely welcome your watching the live broadcast, but should that be difficult, you would still be able to watch a recording of the workshop using the same link)

Featured during the workshop