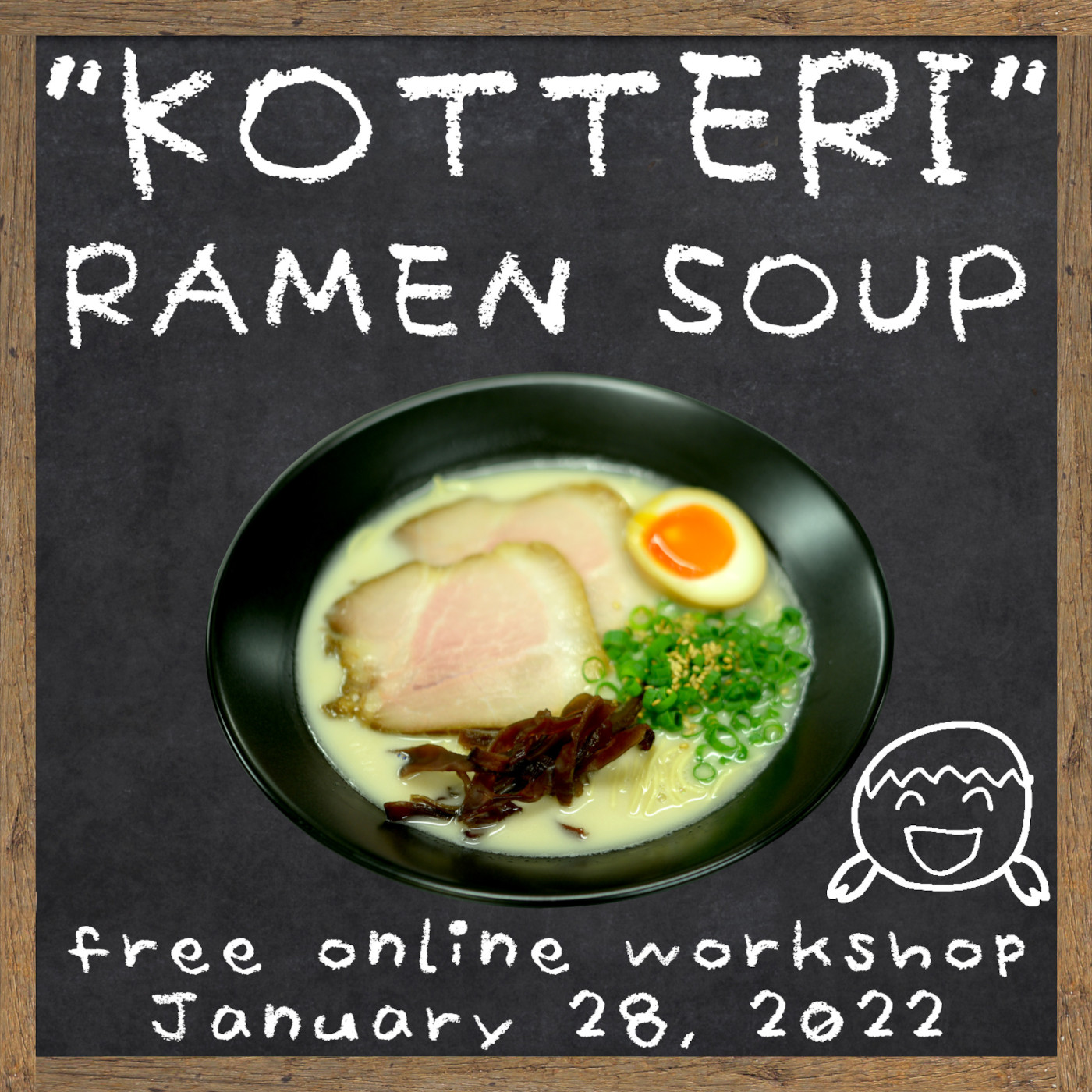 In terms of general typology Ramen can be divided into the following varieties:

“Soup Ramen” in the chart above stands for the most conventional and standard variety of Ramen consisting of liquid soup/broth, noodles and garnishes combined together in a bowl.

Mazemen refers to a Ramen variety where noodles and various other ingredients are put into one bowl, and then mixed  (“mazeru” means “to mix” in Japanese) together with a sauce.

Tsukemen derives its name from the Japanese verb “tsukeru” meaning “to dip”, and this variety usually has noodles and sauce served separately with noodles being dipped into the sauce during eating.

Soup for standard variety of Ramen can be of two basic types: “Assari” and “Kotteri“.

Assari in Japanese means “light”/”unsaturated”, and in this context refers to a relatively thinly concentrated soup stock usually with a density below 4 on a refractometer.

On the other hand, Kotteri means the opposite – thick, cloudy and highly saturated stock with a density more than 4.

In practical terms, higher density means Kotteri usually contains more calories per a given volume than Assari making it more expensive and labor-consuming to make.

While Assari and Kotteri are terms mostly used by Ramen professionals themselves, Chintan and Paitan are more colloquial alternatives with the same meaning used in Ramen culinary circles among Ramen consumers.

As both Assari and Kotteri are used to express only relative density of stock used as a basis for Ramen soup (which in its entirety usually consists of three elements: base stock, Motodare sauce and Flavor oils), they are therefore ingredient-independent (thus, there can be Assari or Kotteri type of soup made either from chicken, pork or some other base ingredient).

All being equal, given its higher level of density / concentration, Ramen soup made from Kotteri (aka Paitan)-type of stock would usually have much bigger gustatory impact, which would naturally attract people who eat Ramen only occasionally as a special treat rather than a staple dish.

Although tastes and preferences differ, while among the two most commonly used Ramen soup ingredients – chicken and pork – the former is equally popular in both Assari and Kotteri variations, pork Ramen is mostly famous for its Kotteri (Paitan) variety with “Tonkotsu Paitan” Ramen being, perhaps, one of the most widely recognizable varieties of Ramen worldwide.

All this and much more will be featured in detail during a free online workshop titled “Kotteri Ramen Soup” scheduled for January 28, 2022.

In particular we will focus on such aspects as choosing the right ingredients and equipment for production of Kotteri type Ramen soup, as well as introduce cooking and processing techniques used to make it.