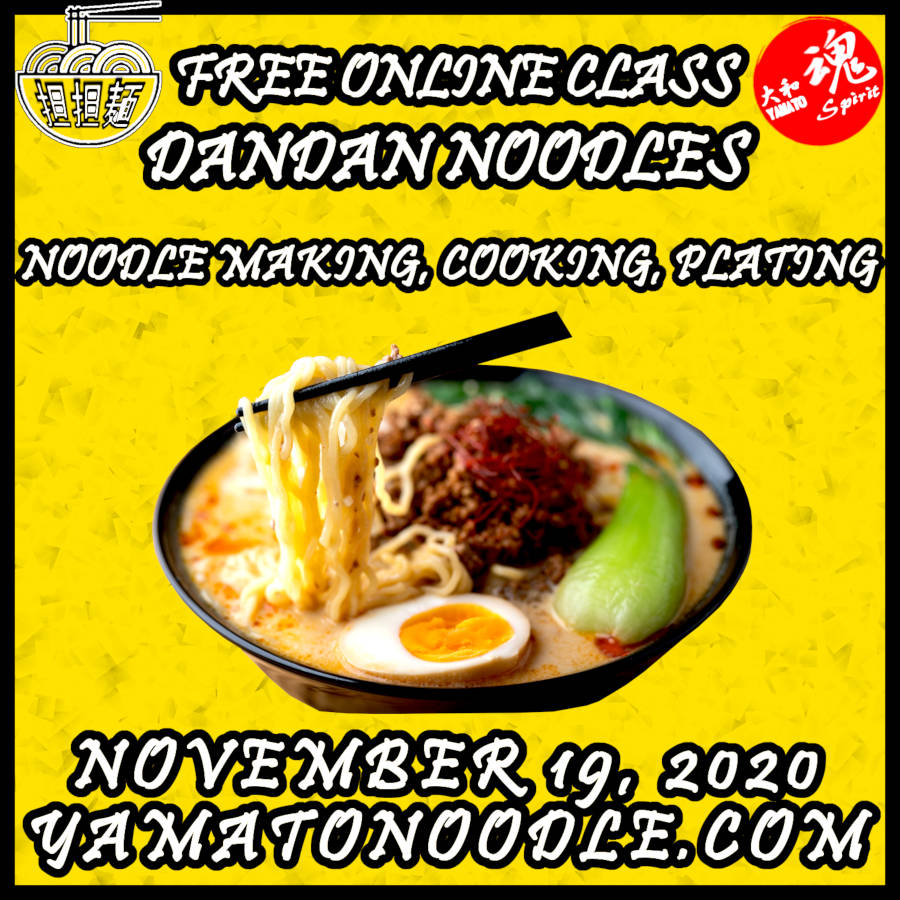 Throughout its long history of development, Japanese culture, including its culinary and gastronomic dimension, has been influenced by other traditions of various degrees of geographical proximity and the impact they have had. This, of course, can be said about all cultures that exist in the world, but what is unique about the one developed by the people living on Japanese archipelago is the level of exquisiteness and sophistication each foreign component was transformed and developed – from ceramics, to animation, to noodles.

It is well known how ramen was first introduced to Japan by people from China in the beginning of the 20th century, and how it has developed in a matter of 100 years, but there are other varieties of Chinese noodles with a similar history.

The class is Free, and its live broadcast is accessible by the link that will be sent to your email address after signing up.