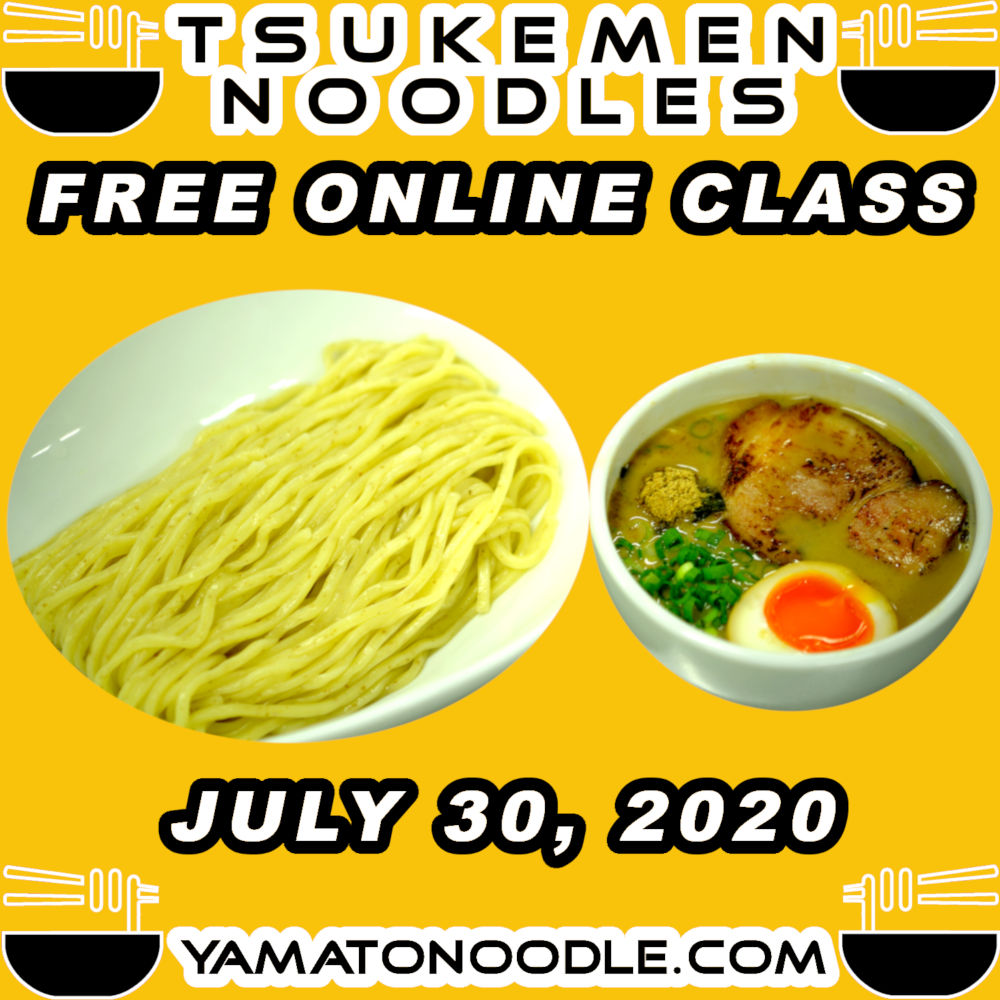 Unlike traditional types of ramen, Tsukemen is served separately from the soup – relatively thick in texture – that can be rather called a sauce to which Tsukemen noodles are dipped when eating.

As a type of Ramen dish Tsukemen is said to have first appeared in Japan in the mid 50s of the 20th century during a period of Ramen’s rapid evolution that took place after the war.

Within Tsukemen category there are many sub-varieties characterized by different noodles, garnishes, sauces and styles of plating.

Get a free chance to explore and experience making Tsukemen noodles on the best commercial noodle machines for noodle specialty shops and small-size noodle factories:

Feel free to tell us about the kind of pasta noodles you would want to see featured or any particular topic covered during the Class.