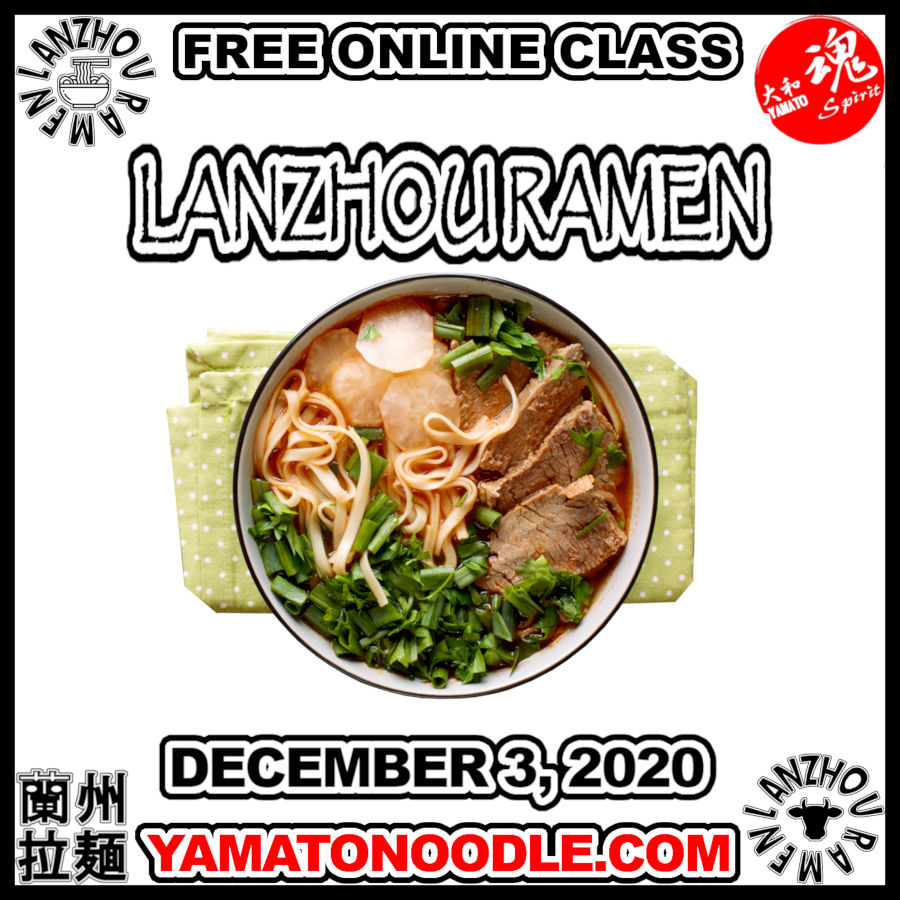 Most global cultural phenomena, including culinary ones, no matter how old they are, can be traced with a more or less fair precision to a specific place and time in history they originated from. And ramen is not an exception here, because it is a well established historic fact that it began in ancient China, particularly in the region of of Lanzhou, where beef soup was served with hand-pulled noodles around 4000 years ago.

However, it is likewise another well established fact that as a global cuisine ramen originated from Japan, where it was brought to from China in the late 19th century, and that most noodles served in modern ramen shops are made on special ramen machines specifically designed for that purpose.

Join Yamato on December 3, 2020 for a free online class on Lanzhou ramen noodles where you will be able to learn not only about its history and cooking techniques, but how modern noodle making equipment can produce noodles on par or even better than hand-made varieties.

The class is Free, and its live broadcast is accessible by the link that will be sent to your email address after signing up.