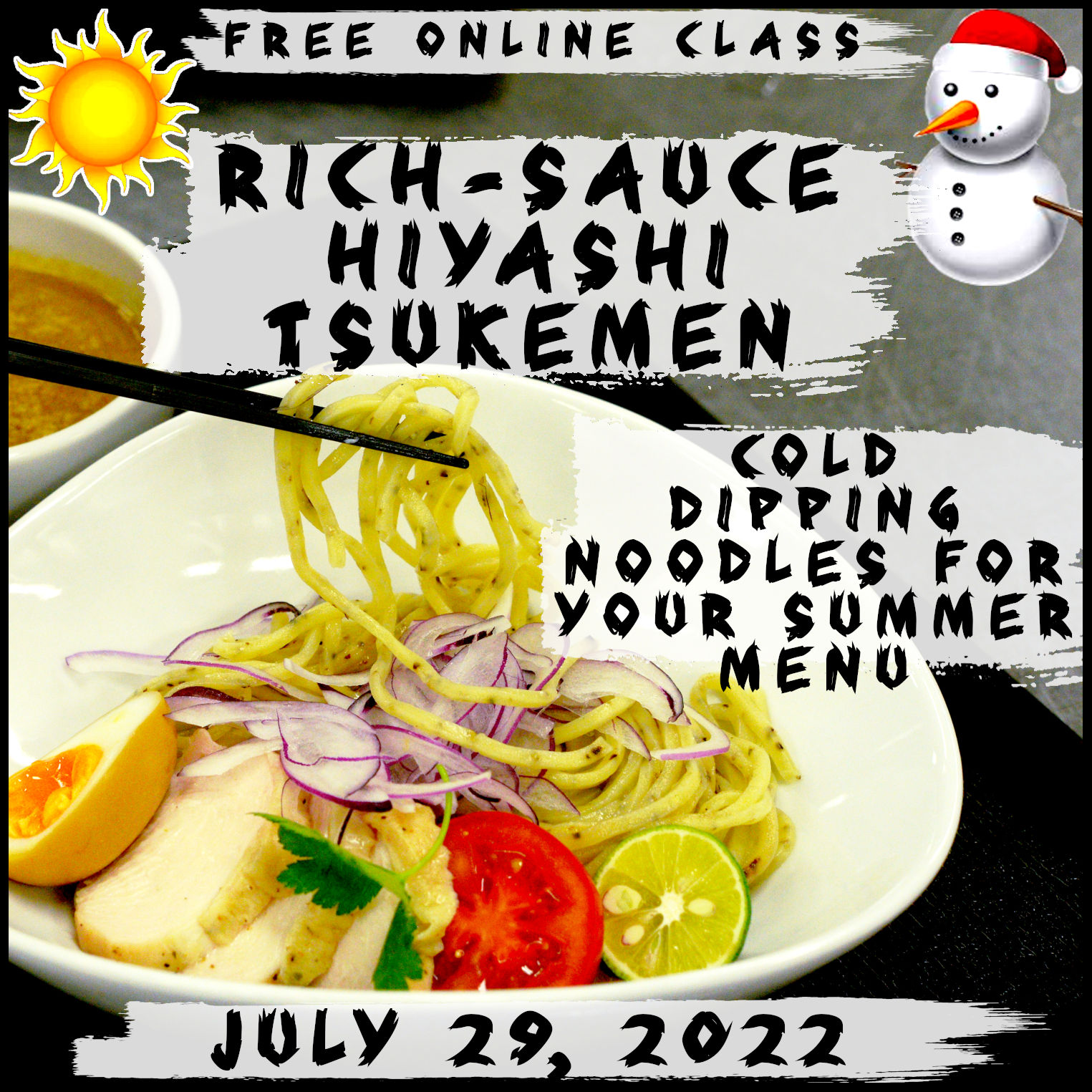 Human food preferences are obviously influenced by how hot or cold the ambient environment is, with the temperature of food we crave usually going in the opposite direction to the one on a thermometer outside.

Thus, we have a growth in popularity of hot dishes in winter, and of cold dishes in summer to balance things out.

But how hot or cold? Well, through experimentation, observation and thorough analysis physiologists have more or less definitively established that humans most prefer food that is 25 degrees C either more or less than their own body temperature.

But speaking about the lower end of this, so to say, ‘epicurean’ sweet spot, considering that some fats tend to solidify at such temperatures it may not be easy to use them for culinary purposes.

How is that related to noodles in general and Tsukemen in particular?

Well, with all pun intended the current ‘hot’ thing in the noodle world (at least in Japan) is Tsukemen – a dish where noodles themselves are more emphasized when compared to other types of noodle dishes, and assume a more prominent position in the total power balance inside the dish. But, of course, noodles in Tsukemen are, only a part (although a significant one) of the equation with the other one being the sauce they are dipped into when eating (thus, “tsuke” – to dip + “men” – noodles).

So, what happens when you try to use your standard Tsukemen recipe to make a dish that is served cold?

Well, following the laws of physics and properties of ingredients the sauce that would have otherwise been in a relatively liquid state may transmorph into a solid one rendering the whole dish rather difficult to consume as intended.

And the richer the sauce’s original texture the higher is the likelihood it would happen!

On July 29, 2022, join Yamato for a free online class to learn how to deal with such a problem.

In particular we will discuss