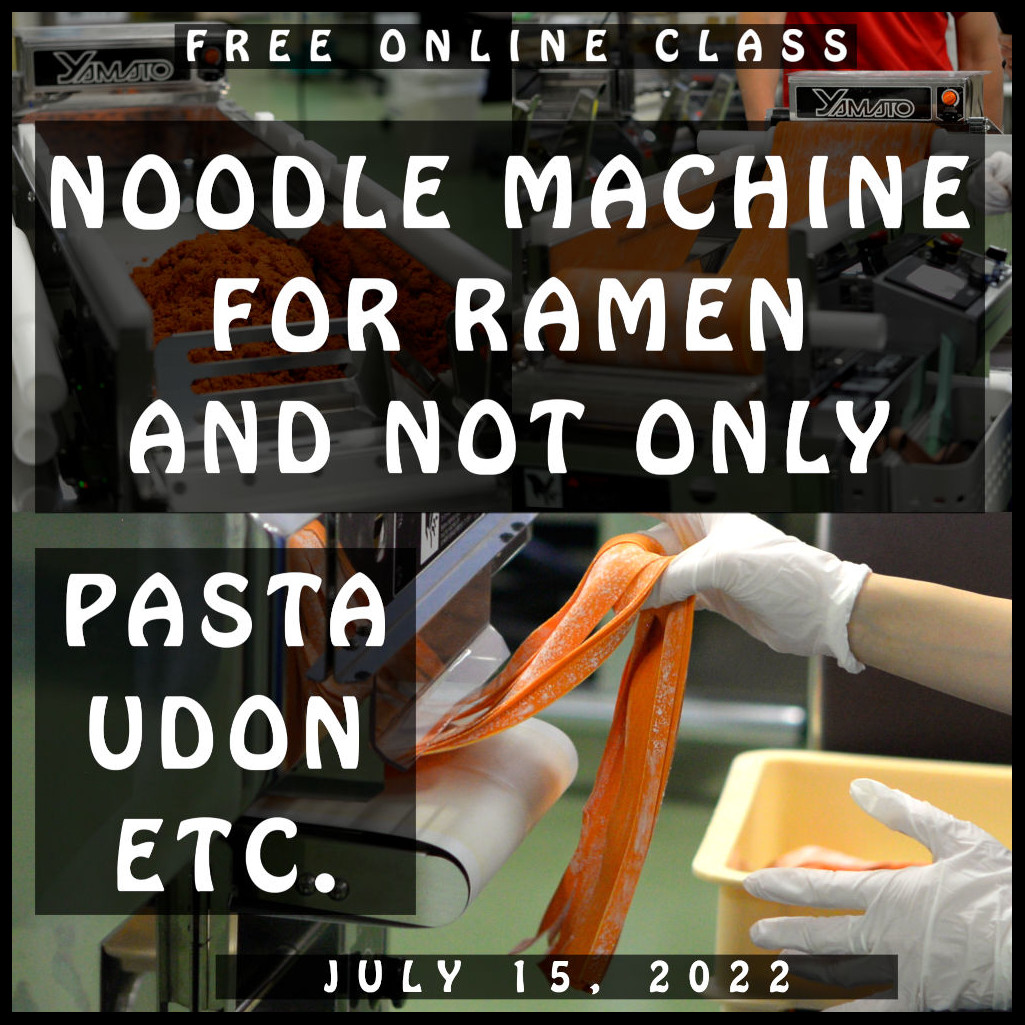 Richmen Gold series: one machine for variety of noodles

Although in many cases making products with specific characteristics requires using specialized machines tailored for that very purpose, in some instances sub-varieties falling into the same broad category can be produced on the same type of equipment: thus, an oven can be used to make both bread and cakes, and pizza too (of course, a pizza master may object that real pizza can only be made in a Pizza Oven specifically designed and built for such a task, but still).

But what about noodles? Although there are many foods in the world that are called using the word “noodles”, a great diversity exists among them in terms of ingredients, production and storage methods, as well as ways to consume them.

Naturally, such a great multiplicity of products cannot realistically be made using the same method and on the same equipment. To get a basic understanding of how and why this is the case read the >article< on our Noodle Master Labs blog dedicated to this particular topic.

But aside from the word “noodles” there are several noodle varieties which names in some contexts have implicitly assumed a generic meaning to include all other noodles as well: thus, for example, the word pasta can be used to denote all noodle varieties existing in the Western cuisine, while ramen is sometimes adopted as a blanket term to mean any type of Asian noodles (you can even encounter such curious expressions as “ramen pasta” – which in this case is just another way to say “ramen noodles”).

So, ramen and pasta – two giants of the noodle world – one from the Orient and another from the Occident, as if two Yokozunas, two Nios representing the East and the West.

Although, originally ramen was a variety of hand-pulled noodles from China, nowadays most Ramen is made using noodle machines – so is likewise pasta too, with most of it produced on pasta machines.

So, can ramen be made on a pasta machine, and vice versa? – this is actually a question Yamato gets very often from people interested in homemade noodle production for their food businesses.

Obviously, the noodle world is not limited to either ramen or pasta, nor is it in a state of irreconcilable manichean struggle between them: so, a noodle specialty restaurant may very well be serving both ramen AND pasta, as well as perhaps, udon and soba, and, while we are at it, some Hong Kong egg noodles too.

Without an overstating it can be said that the Richme Gold series noodle machines (Model 1, Model 2) are the most advanced pieces of noodle making equipment that are currently produced anywhere in the world.

Among the advantages they offer to food businesses who rely on them to craft their own homemade noodles is a great degree of freedom to produce a wide variety of different noodle products.

Such versatility by design – on which Yamato engineers have been working for a long time – will be explained in detail during a free online class scheduled for July 15, 2022.

In particular we will discuss