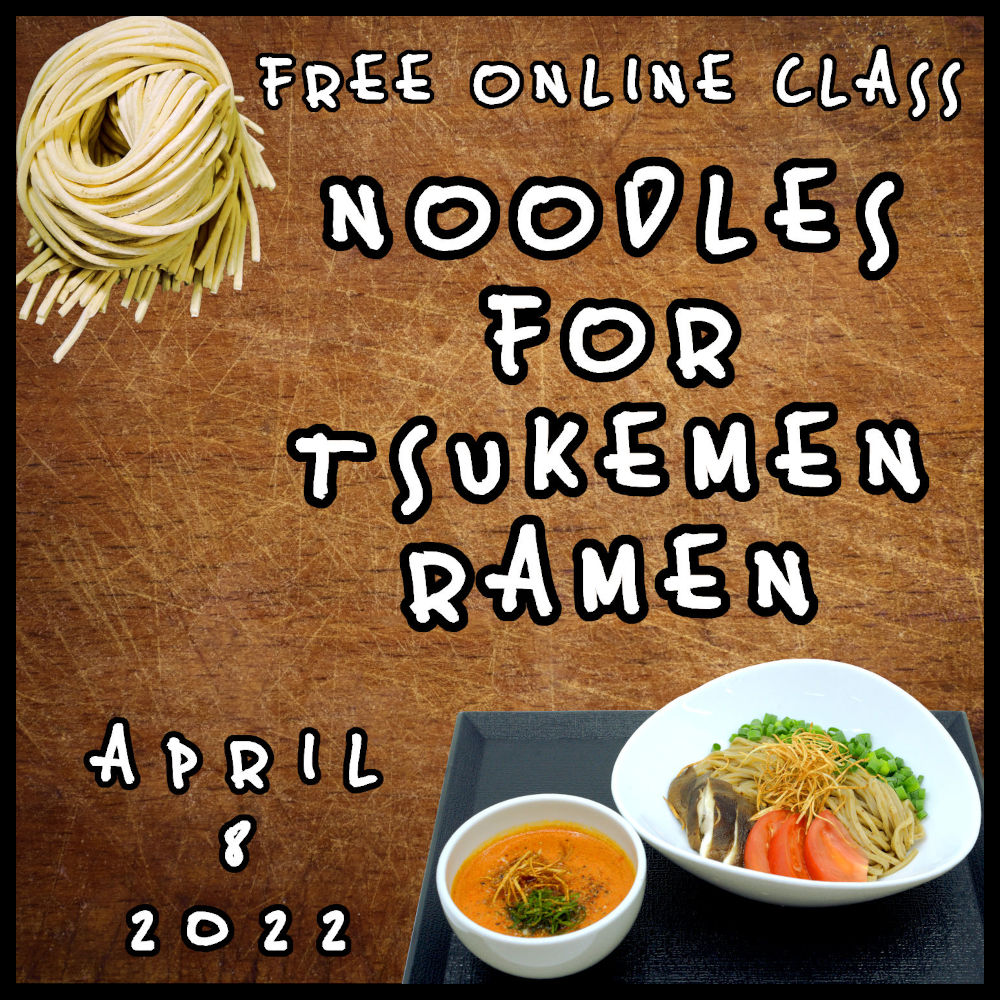 Japan is famous for its long tradition and an outstanding ability to adapt and develop things brought from abroad – from Chinese characters and tea, to animation and noodles.

This process of internalizing foreign cultural artifacts can be subdivided into the following sequential stages:

This structure is manifest in the history of development of Ramen cuisine – which was first imported from China, and then put through all the stages above.

Among the variants emerged at the “Alteration” stage was Tsukemen Ramen. “Tsukemen” means “dipping noodles”, and this is what it actually is: a dish where noodles are served separately from “soup” (or rather a sauce in this case), to which they are dipped when eating.

The logical trend which eventually led to the creation of Tsukemen concept consists in gradual increase of Ramen soup thickness: from relatively light original Chinese variety (density 1-2) to Chintan (density 4), to Paitan (density 8-12), to Tsukemen with an average density starting from 10-12.

Depending on where you are in the world, in terms of perception, when defined simply as “noodle soup”, Ramen may not always offer necessary optics to warrant building a food business around it.

Besides, for certain people the word “Ramen” itself  may have problematic connotations ranging from dietary and health considerations to simply concerning its association with “instant noodles” – although loved and eaten by many people but hardly a “value-added item” they would think of ordering from a menu.

In this sense, when talking about markets outside Japan, Tsukemen offers plenty of ways to promote Ramen in a manner that addresses such concerns: Tsukemen is both orientally exotic (it’s eaten with chopsticks, after all!) on the one hand, and by resembling various stand-alone noodle dishes that exist around the world it can offer a kind of culinary experience that many people might be more accustomed to.

However, what distinguishes Tsukemen from other Ramen varieties is not only the density of soup / sauce but also the kind of noodles it is made with.

Although, there is no single clear-cut rule for what noodles can or cannot be used for Tsukemen, the very format of the dish makes using certain types of noodles more appropriate than others.

Among characteristics of noodles that we can control and adjust to make them better suit Tsukemen dishes are:

All this and much more will be featured in detail during a free online class dedicated to the topic of noodles for Tsukemen Ramen, scheduled for April 8, 2022.

In particular we will focus on such aspects as choosing the right ingredients and equipment for production of Tsukemen Ramen noodles, as well as introduce noodle boiling and dish plating techniques.